“Form is how an architectural object exists, its essence, the ideal point in which all its various structural and linguistic levels converge, the space in which the multiplicity of abstract and concrete materials that identify a building unites in a unitary and recognisable expression”
Vittorio Gregotti

FORM_A is an architecture studio founded in Milan in 2011 by Andrea Fradegrada and Sandra Maglio. The Form, in relation to the theme of urban stratification, the architectural identity of existing constructions, the reuse of abandoned landscapes, the relationship between architecture and the built city, with specific attention to public buildings and urban places in need of change, represents the place of reflection on design. From the territory to the city, from the inhabited space to the elements of detail, from the open space to the internal space, they belong to a way of looking at the architectural space as an element for valuing and modifying our cities, our landscapes and the territories we inhabit. The dialectic between the theoretical component and the operating mode determines the design activity of the studio, in terms of both public and private assignments, and also the academic work, with productive involvement university activity through teaching, scientific research, participation in conferences, seminars, workshops, and the curation of publications and exhibitions.
The objective of FORM_A is to combine an experimental character with the practical professional dimension, researching and providing concrete answers to the various scales of the project through the precise and accurate control of the architectural project process in constant relation with the various components and diverse consultants in the field.  As E.N. Rogers argued, studio work “is an exchange, a continuous becoming, together: and it is mutual growth, a multiplication of experiences that, alone, we could not have accomplished”.
The most important projects under construction include the ADRIANO 1 residential project, the MARIE CURIE, BOCCACCIO 164 projects, and the CASA SM single-family villa. 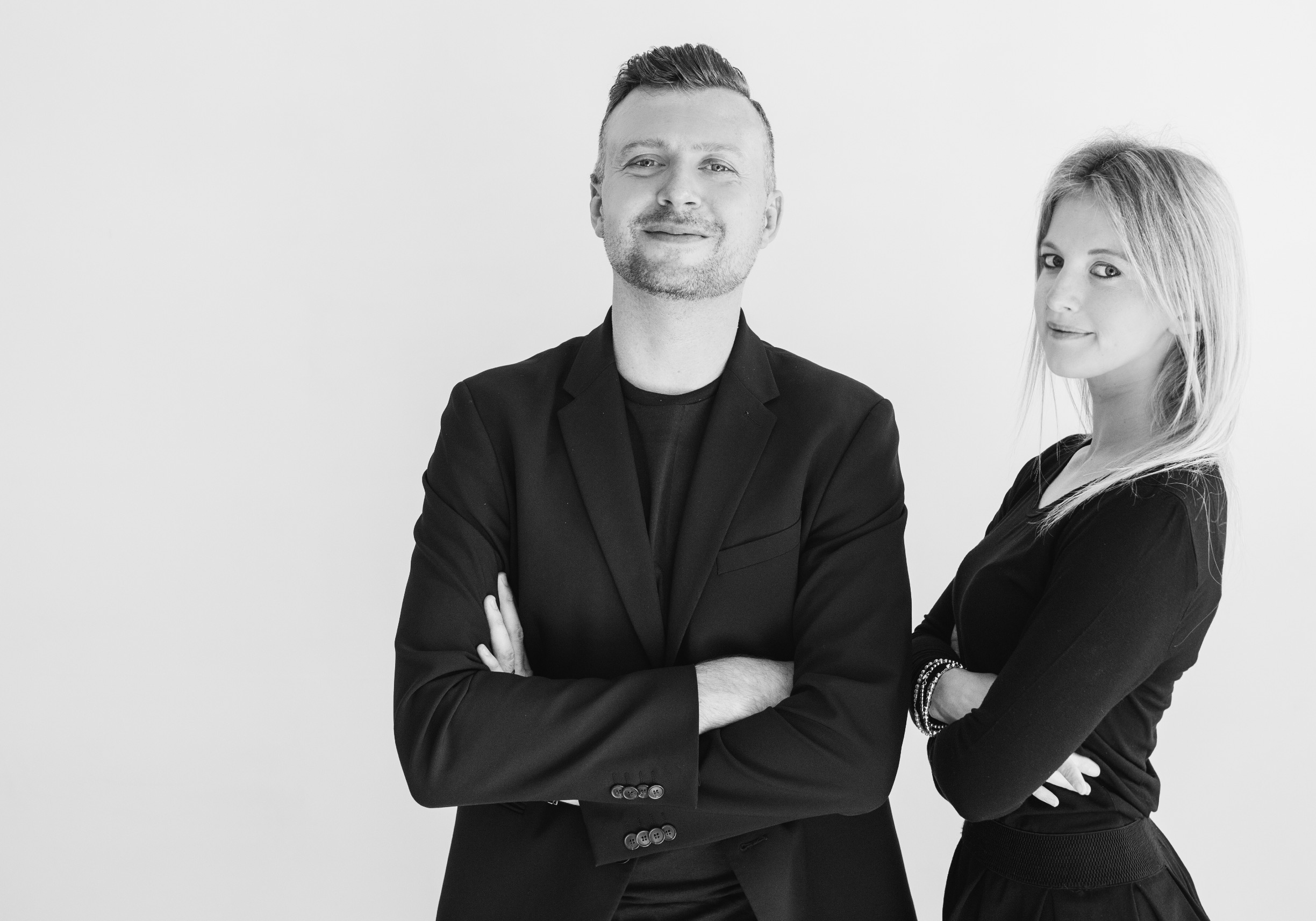 Andrea Fradegrada was born in Milan in 1982.
After graduating in Architecture in 2007 at the Polytechnic of Milan, he began his personal research path on the themes of form in architecture. In 2007, he began his professional activity first as Morfema Architects then, in 2013, he founded the FORM_A studio, together with Sandra Maglio. Since 2008, Adjunct Professor at the Polytechnic of Milan in the architectural design workshops of the three-year degree and Master’s degree, co-supervisor of numerous three-year and Master’s degree theses. He has obtained important awards, including selection in the “Review of Lombard Architecture under 40. New Architecture Proposals”, a Special Mention at the International Competition “E12 – The Adaptable City”.

Sandra Maglio was born in Milan in 1986.
After graduating in Architecture in 2011, she obtained a Ph.D. with honours in Architectural and Urban Design at the Polytechnic of Milan. In 2012, she began her research on the themes of form as a foundational element of the architectural project and the themes of the reuse of architecture with specific attention to the possible design strategies necessary for the reuse of disused productive landscapes. In 2013, she participated in the international workshop “Advanced Architectural Design Workshop” coordinated by Prof. Arch. Gonçalo Byrne. In 2013, she founded the FORM_A studio with Andrea Fradegrada. From 2011, adjunct professor at the Polytechnic of Milan in the architectural design workshops. Since June 2017, research fellow at the DASTU department and since 2018, contract lecturer at the Polytechnic of Milan. Supervisor and co-rapporteur of numerous Bachelor’s and Master’s degree theses.

2016
Selected Project
Competition for the redevelopment of a site or a single abandoned building in Milan or in the territorial area of the Rotarian district 2041, aimed at its revitalisation for ethical and social purposes, public use

04.2019
“Architecture in the city, ideas, roles and strategies for today’s Bergamo starting from the figures of Roberto Spagnolo and Bruno Gabrielli”
Spazio ParolaImmagine | GAMeC Bergamo

11.2018
“From city design to architectural design. Reflections on urban morphology starting from the researches of Bruno Gabrielli and Roberto Spagnolo”
Auditorium in via Pascoli, 53 | Polytechnic of Milan – Leonardo Campus